While the world continues to bask in the afterglow of Friday’s picture perfect wedding between the royal Prince William and his commoner bride Kate Middleton, it is time that we in New York State turn our attention to finally embracing marriage equality for our fellow citizens. In a country founded on life, liberty and the pursuit of happiness, we cannot in good conscience continue to deny families, friends, and co-workers the joy of celebrating their own happy wedding day. 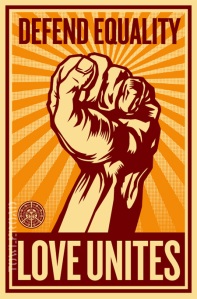 New York State, home of Seneca Falls, the Triangle Shirtwaist Factory and Stonewall — once in the vanguard of human rights — now lags behind Connecticut, Iowa, Massachusetts, New Hampshire, Vermont and Washington, DC on this issue.

As the members of the NY State Legislature return to work after a two week vacation there is growing momentum to complete the business started in 2009 and legalize same-sex marriage in New York State. A coalition of leading LGBT groups have joined together to establish a focused and united front, a contrast to fractured efforts in the past.  Several senators who had voted against the bill in 2009 have been replaced by supportive state senators. Governor Andrew Cuomo has been outspoken and proactive in his support of same-sex marriage.  High profile pols, actors and other celebs have been taping spots for New Yorkers for Marriage Equality. A recent Siena poll shows a record 58 percent of New Yorkers support marriage equality.

“As New Yorkers and business leaders, we believe that attracting talent is key to our state’s economic future,” they wrote.  “We strongly urge New York State to enact marriage equality legislation to help maintain our competitive advantage in attracting the best and brightest people the world has to offer and to reaffirm our commitment to both freedom and fairness.”

Maybe that argument will work on Hudson Valley State Senators Bonacic, Larkin, and Saland and Seward who all voted “NO” in 2009.

Didi Barrett was elected to the New York State Assembly in a special election in March 2012 and re-elected to a full term in November 2012. Her district, the 106th AD, covers some of the most beautiful parts of Columbia and Dutchess Counties. She has deep roots in the Hudson Valley and came to elected office after a career as a community activist, writer and longtime leader of not-for-profit organizations. Didi is passionate about the agricultural, natural, cultural and historic resources of the Hudson Valley and their critical importance as economic engines and job generators. She is also a great fan of the iconic diners that dot the region. As a member of the Assembly she serves on the Committees on Aging; Agriculture; Economic Development, Job Creation, Commerce and Industry; Mental Health; Tourism, Parks, Arts and Sports Development and Veterans Affairs.
View all posts by Diner Dialogues →
This entry was posted in Didi's dish and tagged 2010 Election, Hudson Valley, LGBT, marriage equality, New Yorkers for Marriage Equality, NY State Senate. Bookmark the permalink.