Taking the Oath of Office

My remarks after January 2019 Swearing In:

I want to thank each of you from the bottom of my heart for joining me, Alec, and my Team today to celebrate our — and I mean all of us when I say our — win in November.  Each of you, as you canvassed, called, rallied and recruited, helped bring us to victory in what was, yet again, a tough race in this truly challenging, “purple” district. 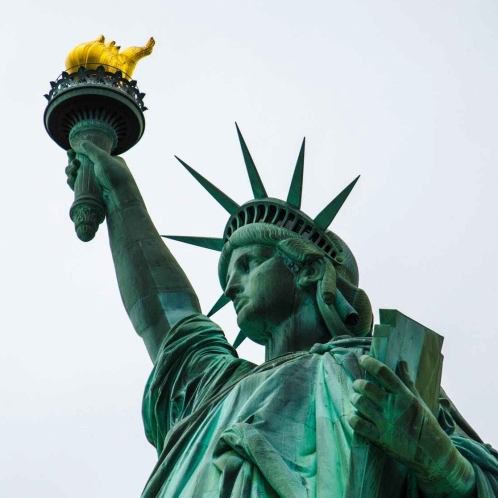 I am especially grateful to my friend and colleague in state government Comptroller Tom DiNapoli — a former member of the NY State Assembly — for joining us today to administer the oath of office and for his tremendous support throughout the campaign. Tom personifies what it means to be a public servant. And he “gets” the politics that allow us to be the public servants we want to be.

Tom headlined our fundraiser at Love Apple Farm last year and rang doorbells with me in the dark that first week of November after daylight savings ended.  At that point he was pretty much ricocheting across the state as the closer for many tight legislative races in the Hudson Valley and Long Island — this he did even as he was running his own reelection campaign, which as you know, he solidly won.

I will admit to you that four years ago after the 2014 election when I was ahead on election night by only 130 votes and ultimately won by a mere 500 plus votes in the end, Comptroller Tom Di Napoli greeted me in Albany on the first day of session with “If it isn’t  Landslide Barrett” and a big grin. While I was flattered — then just starting my second term — that the NYS Comptroller had followed my race that closely, this was not how I wanted to be known, and I vowed at that moment never to have such a close race again. And I am counting on all of you to help make sure that I never do!

Special thanks to my son Alec, who much to my delight shares my passion for public service and who is also representing my daughter Annabel, who is currently on set in LA shooting her second Indy film this year.  And thank you to my friend and colleague Assemblyman Bill Magnarelli of the 129th Assembly District, who generously made time throughout the campaign to drive, canvass and share his hard-earned wisdom, even with his own race this year.

And thank you to my team — Tom and Pavan — who deftly alternated between keeping the district offices going and shifting into campaign mode throughout the long summer and fall; and welcome to Rebecca who has just joined our Legislative team after running Antonio Delgado’s Hudson operation this fall. Speaking of shifting into different modes,  thank you so much to Peter (of Columbia Land Conservancy fame) and Charlene Paden and The Wicker Creek Band for keeping our toes tapping. And to Patricia Jean, Michel Jean and the Stissing House staff for hosting us in this handsome and historic site.

Even now, as I launch my fourth full term as a member of the New York State Assembly, I  continue to believe that ours is one of the most beautiful districts in the state of New York. It may also be one of the “hippest districts” as a longtime lobbyist described it earlier this week.

I never tire of being a passionate advocate for our magnificent Hudson Valley region with it’s iconic cultural, historic, natural and agriculture resources; its picturesque viewsheds and engaged communities and it’s legacy of innovation and environmental activism.

I’m very proud to continue that environmental advocacy, working with extraordinary partners like Scenic Hudson, National Young Farmers Coalition and Riverkeeper to ensure we finally clean up and protect our historic Hudson River; keep our farmland in farming and accessible to the next generation of farmers; and battle the crisis of climate change by incentivizing agricultural practices that take carbon out of the atmosphere and sequester it in the soil where it helps productivity.  I hope you saw that our Carbon Farming Act was one of “11 climate change policies to fight for in 2019” included in a terrific Washington Post piece last week.

One of the most extraordinary aspects of the 2018 campaign was the phenomenal activism that was unleashed not just in this region, but across the state and country. Fighting climate change, ending our dependence on fossil fuels, scaling up renewables — we need to to harness that activism and channel it now! Writer Alice Walker’s comment,  “Activism is the rent I pay for living on this planet,” couldn’t be more appropriate or timely.

This week as we returned to Albany, I assumed the chairmanship of the Assembly Standing Committee on Veterans Affairs. I am honored to be in a position to advocate for both our longtime military veterans and our younger returning service men and women and their families. I particularly look forward to pushing hard and publicly to erode the stigma that has kept Vets and their families from accessing critical mental and behavioral health services, as well as focussing greater attention on better supporting our returning Women Veterans.

Just yesterday I attended the very moving military funeral of 36 year old Major James Brophy, born and raised in Dutchess County, father of two young children, who was one the six Marines killed in the aviation accident off the coast of Japan early in December. By the end of the service I felt I knew Major Brophy with his infectious smile and powerful work ethic. In an emotional eulogy, the commanding officer talked about “wanting to be part of something bigger than themselves,” as a reason some enlist and I couldn’t help but think that same desire motivates so many of us to engage in the things we do, whether it’s public service, activism, or joining the Marines.

I have often said that one of my main reasons for running for office was that I wanted girls growing up to see that this is what an elected official looks like. To let them know that they too should be at the table when decisions impacting them are being made. When I was first elected to the New York State Assembly six years ago there were 36 women in the whole legislature.  This week we returned to a legislature with 70 women — 50 in the Assembly and 20 in the Senate and two women — Andrea Stewart Cousins and Crystal Peoples Stokes — both savvy and experienced and women of color — became the first female Majority Leaders in the Senate and Assembly respectively. Half the Committee Chairs in the Assembly are now women as are half the statewide elected officials — the Lt. Governor and the Attorney General. This, as I just became chair of the Legislative Women’s Caucus, a unique bipartisan, bicameral body.  I look forward to working with all my colleagues to explore and model how women govern and lead as we are now a State Legislature that is more diverse in age, gender and cultural backgrounds than ever in state history.

This diverse intergenerational body will pass the Reproductive Health Act this month, codifying rights that I personally have advocated for my entire adult life. We will pass Voting Reforms; we will pass GENDA; we will pass criminal justice and bail reforms and other important legislation. I hope we will also see our way to fund a robust Census 2020 program, particularly investing in our libraries to be navigators,  as New York State stands to lose at least two members of Congress and potentially billions in funding if we are undercounted.

I thank you again for joining us today and for your ongoing vote of confidence in me as your voice in Albany.  It is an honor and a responsibility that I never take for granted. As I gain more seniority and more leadership opportunities I am reminded of Gloria Steinem’s comment when asked about “passing the torch” to the next generation.

She said: “I explain that I’m keeping my torch, thank you very much — and I’m using it to light the torches of others.”

Didi Barrett was elected to the New York State Assembly in a special election in March 2012 and re-elected to a full term in November 2012. Her district, the 106th AD, covers some of the most beautiful parts of Columbia and Dutchess Counties. She has deep roots in the Hudson Valley and came to elected office after a career as a community activist, writer and longtime leader of not-for-profit organizations. Didi is passionate about the agricultural, natural, cultural and historic resources of the Hudson Valley and their critical importance as economic engines and job generators. She is also a great fan of the iconic diners that dot the region. As a member of the Assembly she serves on the Committees on Aging; Agriculture; Economic Development, Job Creation, Commerce and Industry; Mental Health; Tourism, Parks, Arts and Sports Development and Veterans Affairs.
View all posts by Diner Dialogues →
This entry was posted in Didi's dish and tagged Alec Barrett, Alice Walker, Comptroller Tom DiNapoli, Gloria Steinem, Legislative Women's Caucus, Love Apple Farm, NY State Assembly, NYFC, Riverkeeper, Scenic Hudson, veterans. Bookmark the permalink.